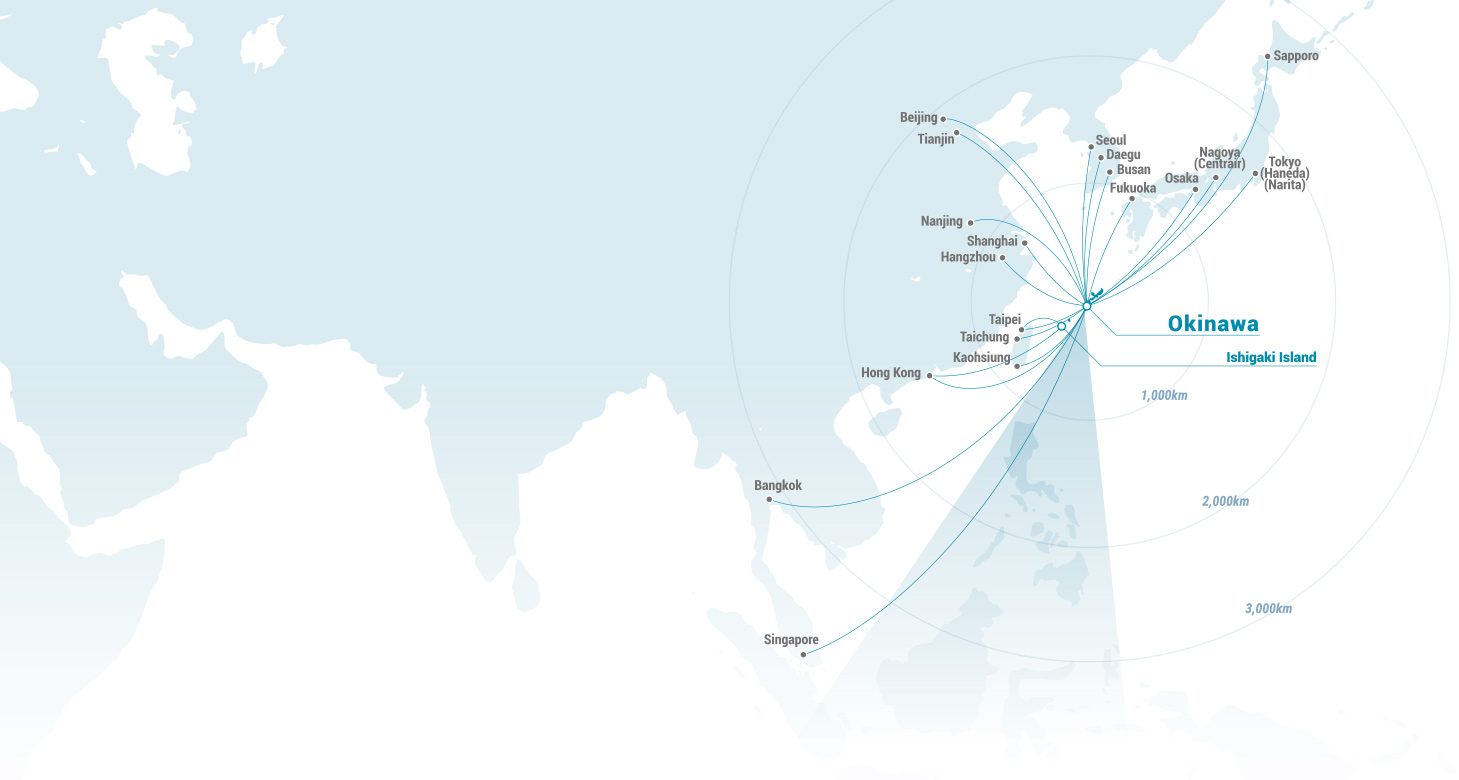 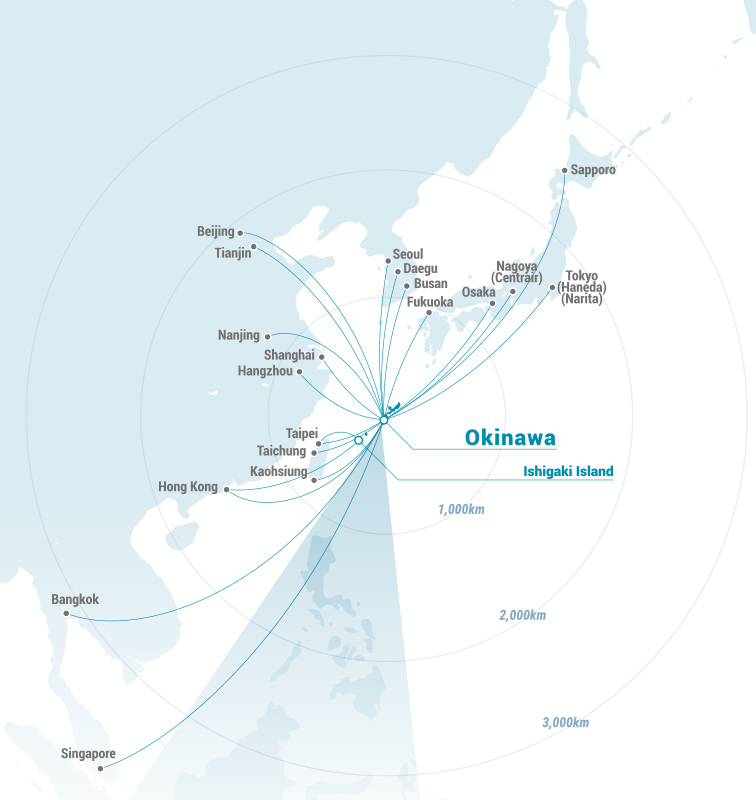 ※1.Estimated as of March 1, 2019 (Estimated population based on the confirmed figures in the 2015 National Tax Survey)

It’s warm throughout the year in Okinawa.
The climate is mild and pleasant even in winter.

Located in a subtropical zone, Okinawa has the mild climate all year round,
with the average temperature of over 20℃.
The temperature difference by season is small, and the temperature seldom goes below 10℃ even in winter.
Especially it is pleasant in the autumn and winter,
and perfect season to hold MICE events.
It would be easy to plan or arrange outdoor events. 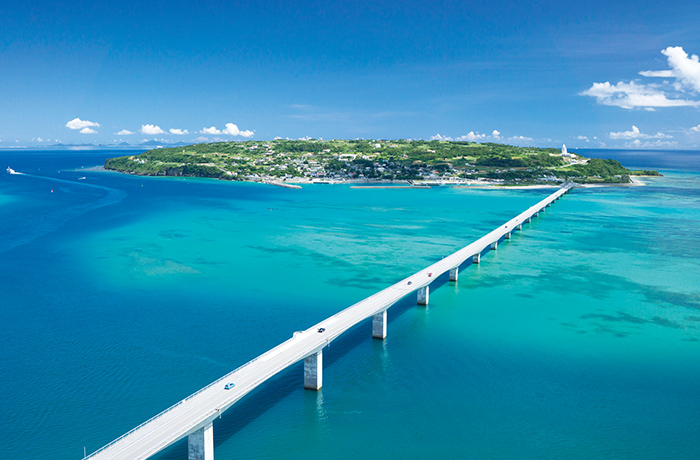 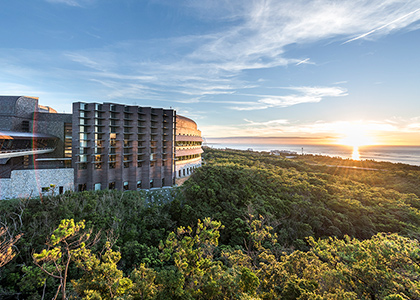 The northern part of Okinawa is comprised of Nago City, which forms a central hub, Onna Village and the northern stretch of the island from Kin Town, and the surrounding remote islands, with a large number of precious plant and animal species inhabiting and growing in the untouched natural environment of the Yanbaru forests.
The northern part of the island is also home to beautiful stretches of coastline and a large number of resort hotels can be found along the western coastline, designated as a Okinawa Kaigan Quasi-National Park. The area also boasts a number of historical and cultural tourist attractions, including the Nakijin Castle Ruins, designated as a World Heritage listed site.
The central area of Okinawa, home to several key MICE facilities, including the Bankoku Shinryokan and the Okinawa Institute of Science and Technology (OIST), is also home to a number of research and educational facilities, such as the Meio University and the National Institute of Technology, Okinawa College, making it ideal for government-based, international conferences and academic conferences. 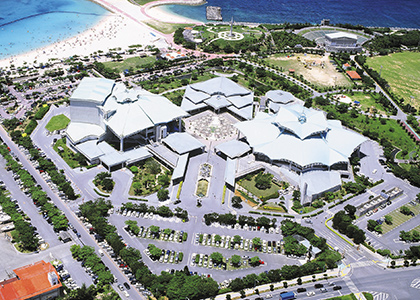 A number of resort hotels, restaurants, and shopping, convention, marina and recreational facilities are concentrated along the western coastline from Ginowan City to Yomitan Village, creating a tourist and convention area with an international flavor and an urban beach resort-like feel.
Key MICE facilities in the area include the Okinawa Convention Center and the National Theatre Okinawa, making it possible to stage a variety of special events, from small to large-scale events. Hotel facilities are also concentrated in this area, making it ideal for small to medium enterprise meetings and incentive holidays.
By working together with other MICE facilities in the surrounding area, it is also possible to stage medium to large-scale events.
This part of the island is also home to Mihama American Village, a melting pot of Okinawan and American culture, and a number of unique venues where you can experience the history and traditional culture of the Ryukyu Kingdom, making it ideal for a little bit of fun pre or post convention or for interactive programs. 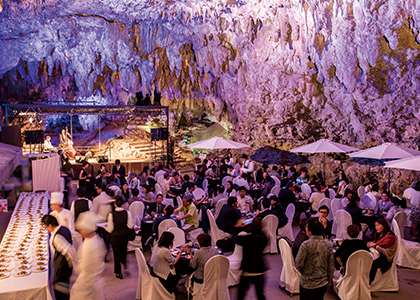 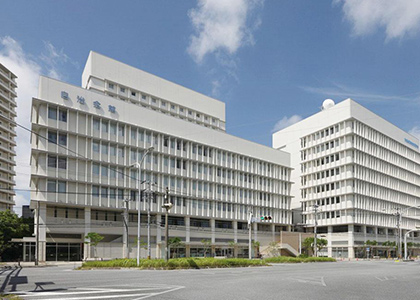 In the southern part of the island, city centers spread from Itoman City to Naha with a concentration of advanced urban facilities, forming a center for exchange and interaction from both within and outside Okinawa, including Naha Airport, the gateway to Okinawa, and Naha Port all centralized around Kokusai Dori.
The central business district of Naha City in particular is home to a large number of businesses and urban-style hotels and also boasts a concentration of MICE facilities ideal for corporate conferences, such as the Okinawa Municipal Government Hall and the Okinawa Industry Support Center, making it ideal for small to medium enterprise meetings and incentive holidays.
Further, there are a large range of activities that can be organized for MICE participants to add a little extra to the experience, including visiting public facilities that tell of the history and culture of Okinawa, such as Shuri Castle and the Okinawa Prefectural Museum and Art Museum, or diving and whale watching around the Kerama Islands, designated a national park. 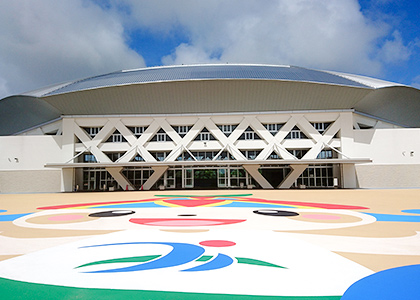 In addition to the blessed natural environment, including rural landscape surrounding by agricultural land and seas with beautiful coral reefs, the Miyako and Yaeyama areas are home to the unique traditional arts and crafts of the islands, and is one of the leading tourist resort areas in Okinawa with a range of charming, natural landscapes and cultural attractions.
Miyakojima is the only city in Okinawa Prefecture designated a model environmental city, taking a leading role in the introduction of renewable energy. Further, Yaeyama Islands are home to the Iriomote-Ishigaki National Park and Iriomote Island has been recommended as a World Natural Heritage Site.
Key MICE facilities located in the area include the JTA Dome Miyakojima, Future Creation Center (Miyakojima), Ishigaki City Hall (Ishigaki) and resort hotels, making it a popular area for incentive tours and sporting events. Further, designated as a demonstration field for biodiversity for its coral reefs and renewable energy, this area is also recommended for attracting and holding academic conferences that make use of the unique characteristics of the island areas.

We will guide you to timetables and fares by specifying the departure points and destination stops of Okinawa main island. 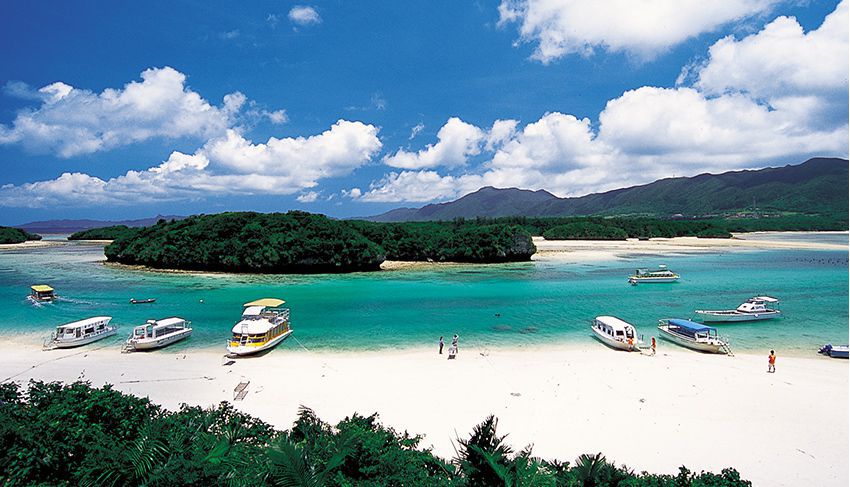 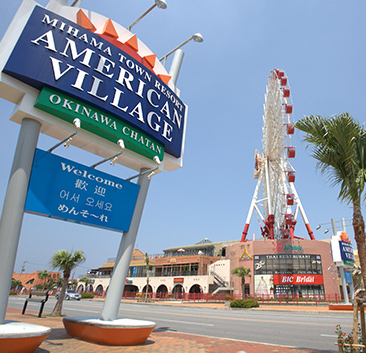 Q. Is there any information for venues and facilities for MICE event such as conferences?

A. Yes. There are many facilities ranging from small to large-sized (capacity: 3,000 people) in Okinawa. It is possible to have various types of conferences or events in the facilities.
For details, please check the page of venue/facility search.

Q. What kind of MICE content is available in Okinawa?

A. There are many MICE contents special to a resort such as theme parties utilizing Okinawa’s location and locality, team building, CSR programs, and inspection tours in Okinawa.For details, please check here.

Q. Is there any special party venue in Okinawa?

A. Yes. There are a variety of venues for a party held with the backdrop of the huge aquarium of Okinawa Churaumi Aquarium, a fantastic party held at the Valley of Gangala, a natural limestone cave, dinner cruising enjoying the beautiful sunset and starry sky and etc. You can fully enjoy the attractions of Okinawa in the venues. For details, please check the page of unique venue.

Q. Is there any support available at the time of holding MICE event?

A. Yes. We have supports available when using a convention such as a society (an international conference/conference in Japan) held in Okinawa, and a support menu that can be used for incentive tours (incentive tours, business trainings, invitation tours, etc.) and social gatherings in a society. For the latest information on the support contents, please check each page’s information.

Q. Is there any office we can consult MICE event outside Okinawa?

Q. Please tell us about restaurants that can be used depending on the desired number of persons.

A. You can check the seating capacity from the venue search page. Also, there is a list of restaurants with a large seating capacity. Please use the list for your reference. For detailed questions other than that, please ask us through the inquiry form.

Q. Can you introduce a land operator who can respond when an overseas company holding MICE event in Okinawa to us?

Q. What kind of Okinawa’s PR video do you recommend?

A. There are some PR videos downloadable in the Media Library website operated by OCVB. Please check them.
Also, there are many conceptual image videos in “Be-Okinawas‘ movies” and “VISIT OKINAWA JAPAN” website for overseas with multilingual site.

Q. Are there any photos available other than OKINAWA MICE Navi Image Download?

Q. Is it required to apply for using Okinawa MICE brand’s logo ?

A. Yes. Regarding the way of using Okinawa MICE brand’s logo,please refer to the regulations.
Please check the MICE brand page to get more details and how to apply for use that in advance.

Please use the inquiry form below for the questions other than the above.